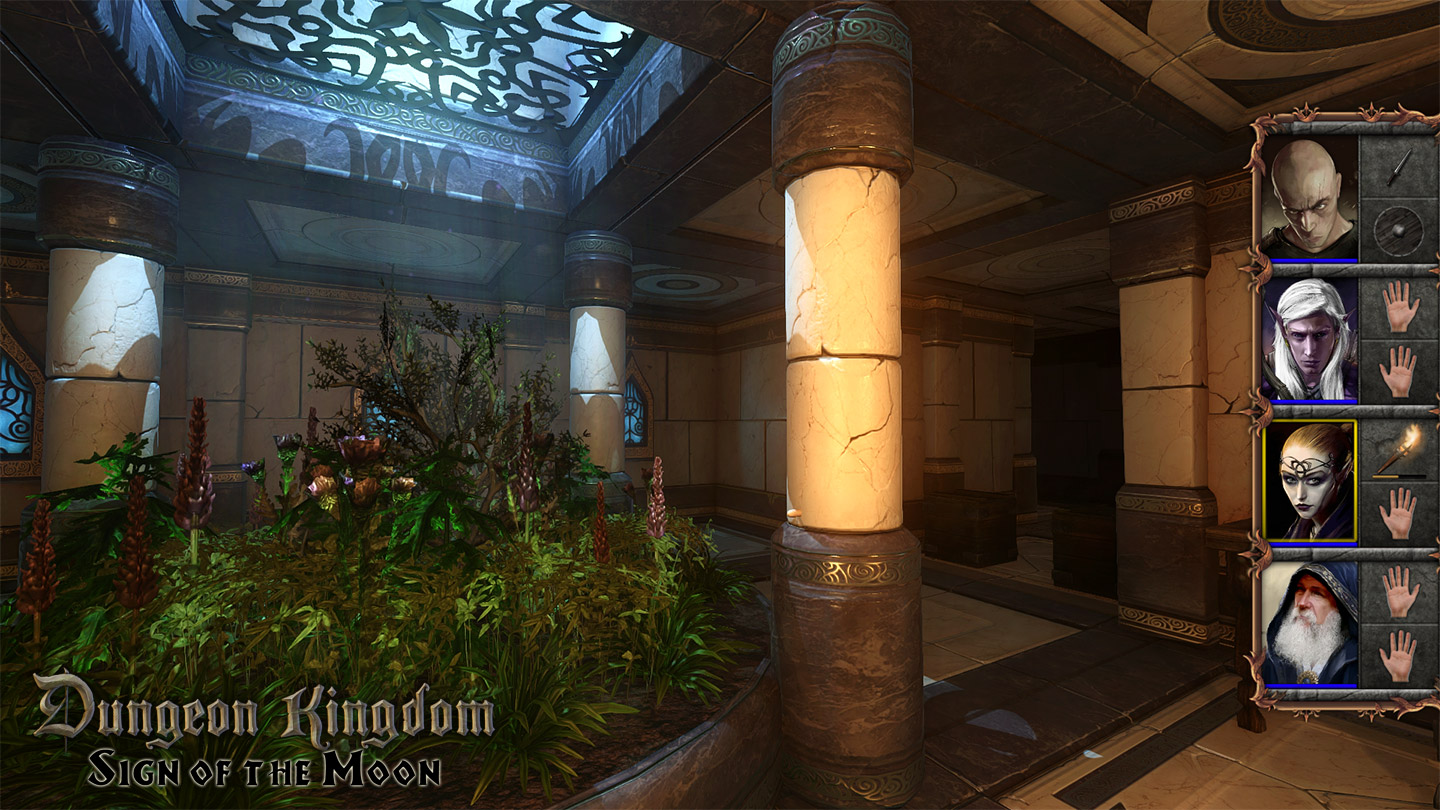 Closer view of Lighting and Materials in Dungeon Kingdom

Today, we want to show you a few screenies to illustrate the amount of work that was done in setting up the lighting and materials rendering in Dungeon Kingdom, featuring PBR materials, god rays, procedural dirtyness added on the fly using specific shaders and many more awesome technics: 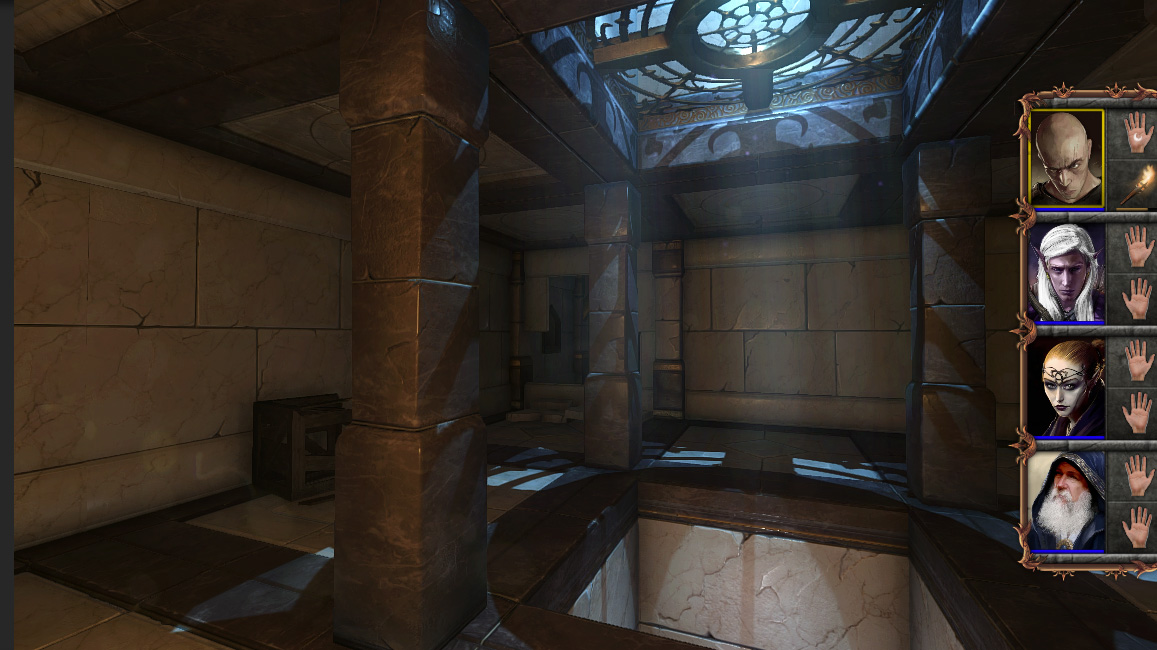 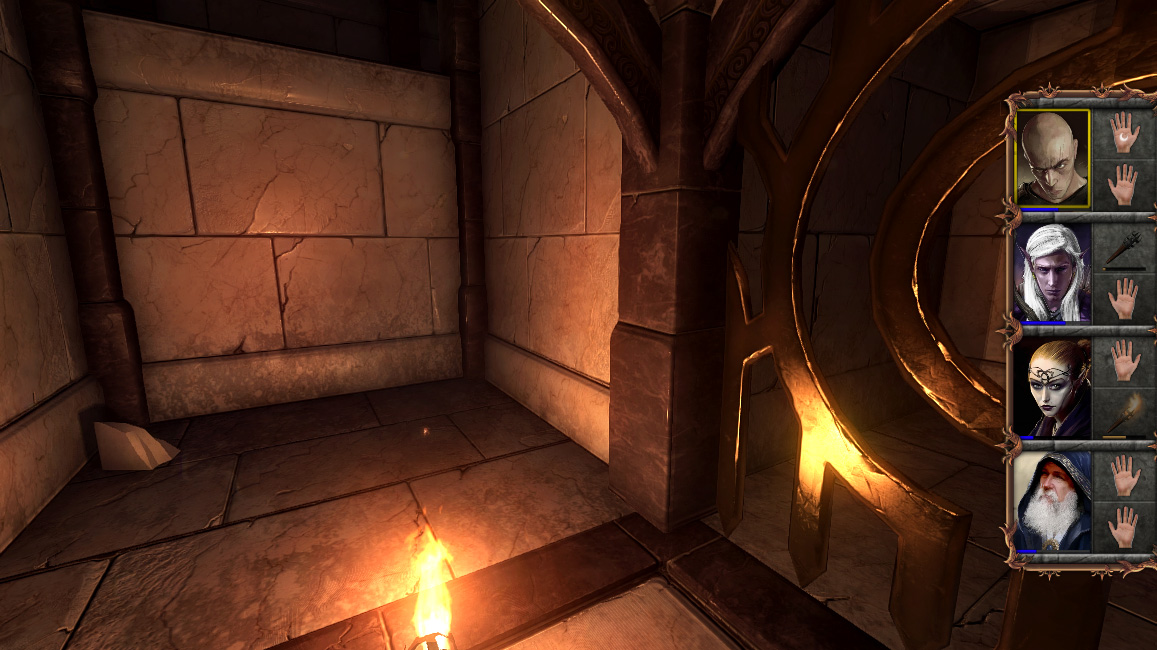 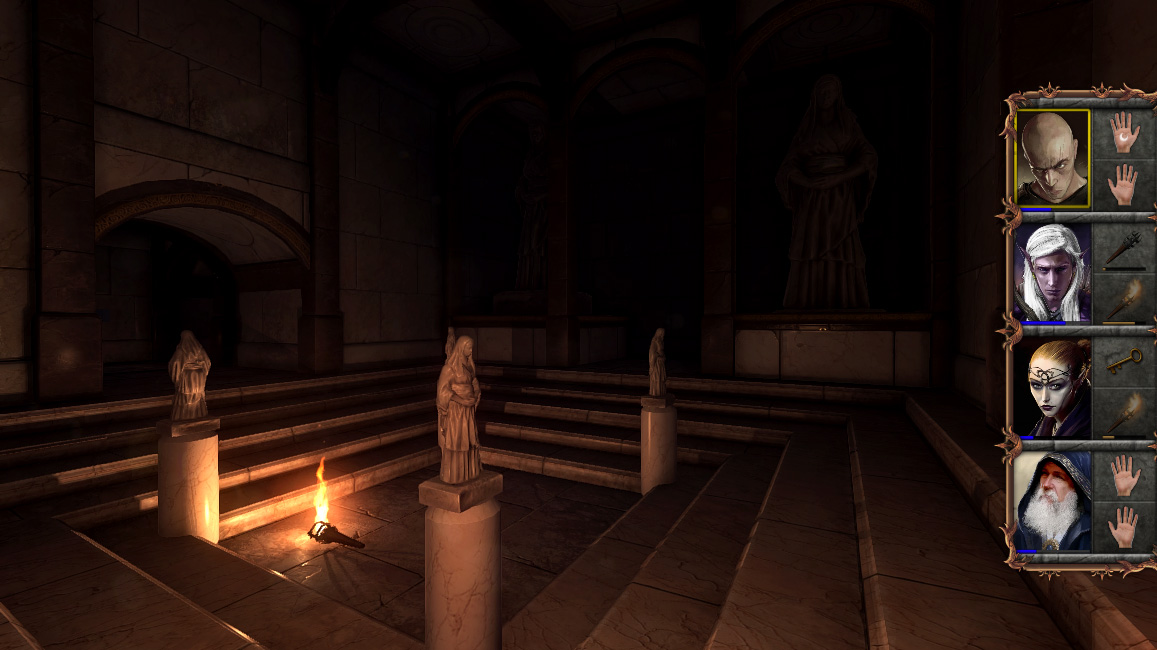 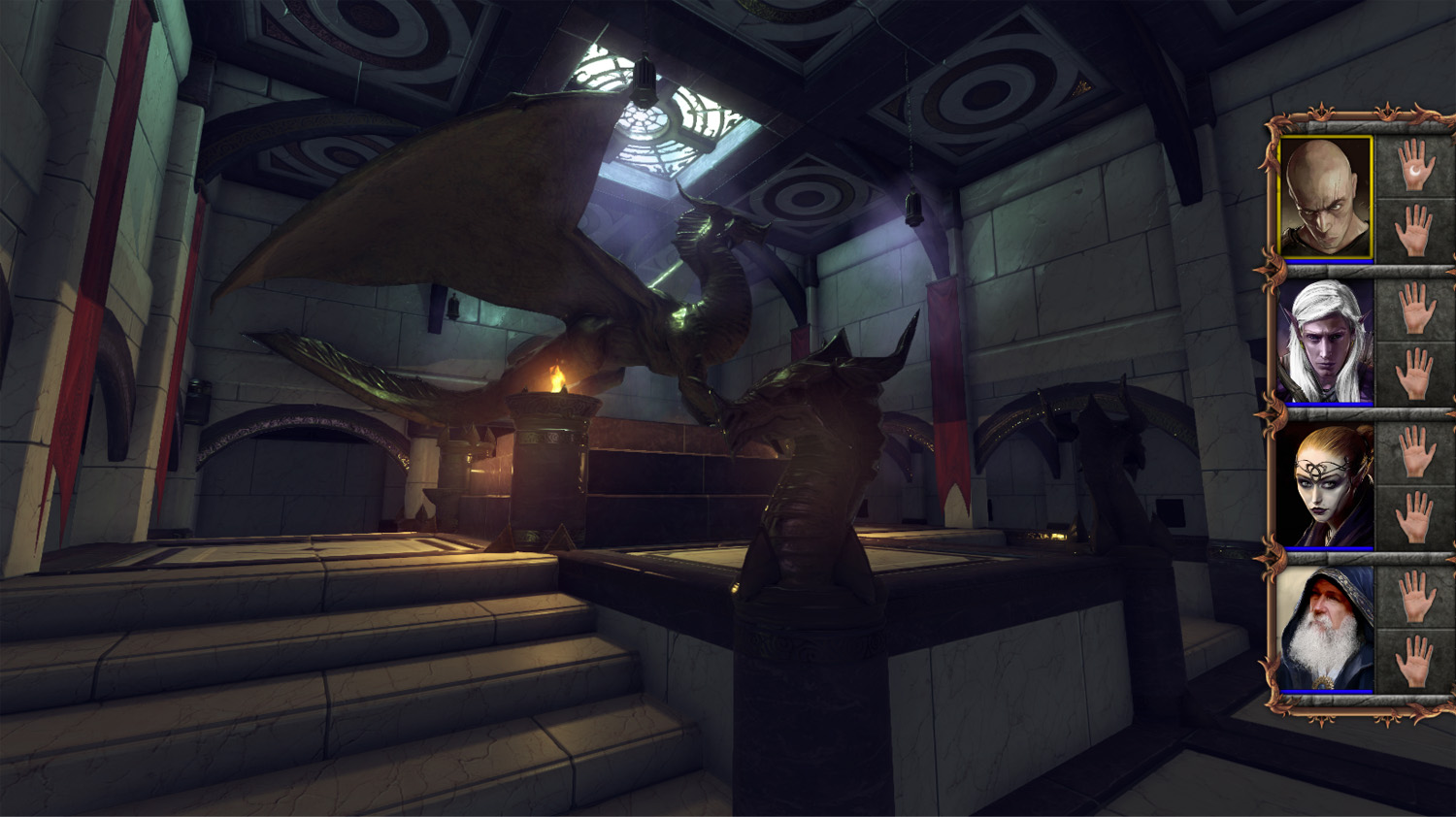 Hello dear adventurers,
We don’t want to spoil to much, but we can’t resist to show a few screenshots from the early capture featuring the graphics upgrade of the Temple.
We hope you will like them 🙂 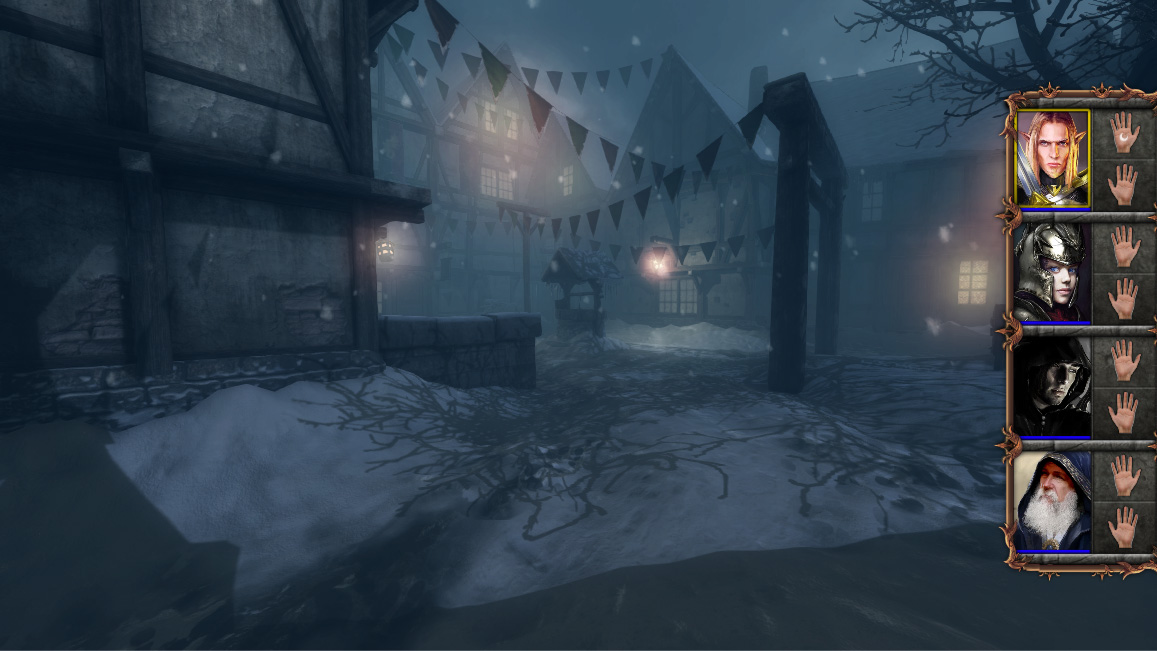 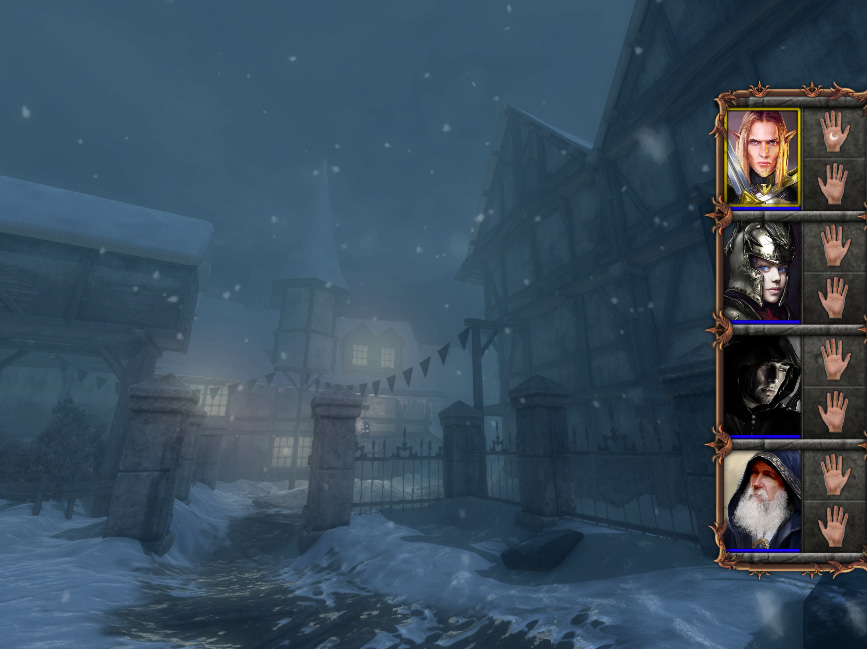 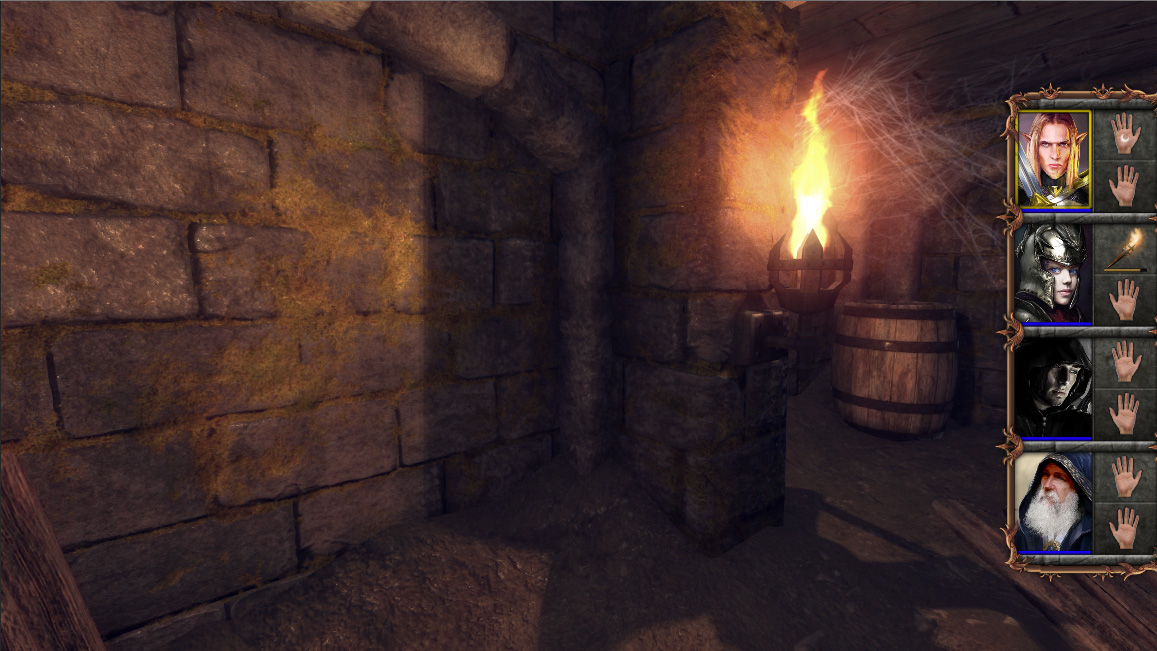 Posted by Admin@kanda on 25 March 2015
Posted in: Non classé. Leave a Comment

Posted by Admin@kanda on 8 March 2015
Posted in: Non classé. Leave a Comment

Hello fellow Adventurers,
Time for a little walk in the Temple of Adwij to showcase some possible interactions and physics effects:

Posted by Admin@kanda on 19 February 2015
Posted in: Non classé. Leave a Comment

Again thanks to the nice feedbacks we receive.
Here are a few screens from DungeonKingdom: Sign of the Moon being alpha tested.
There is much more innovations for the architecture, but i’ll stick on classic area of Adwij’s temple to not spoil too much: 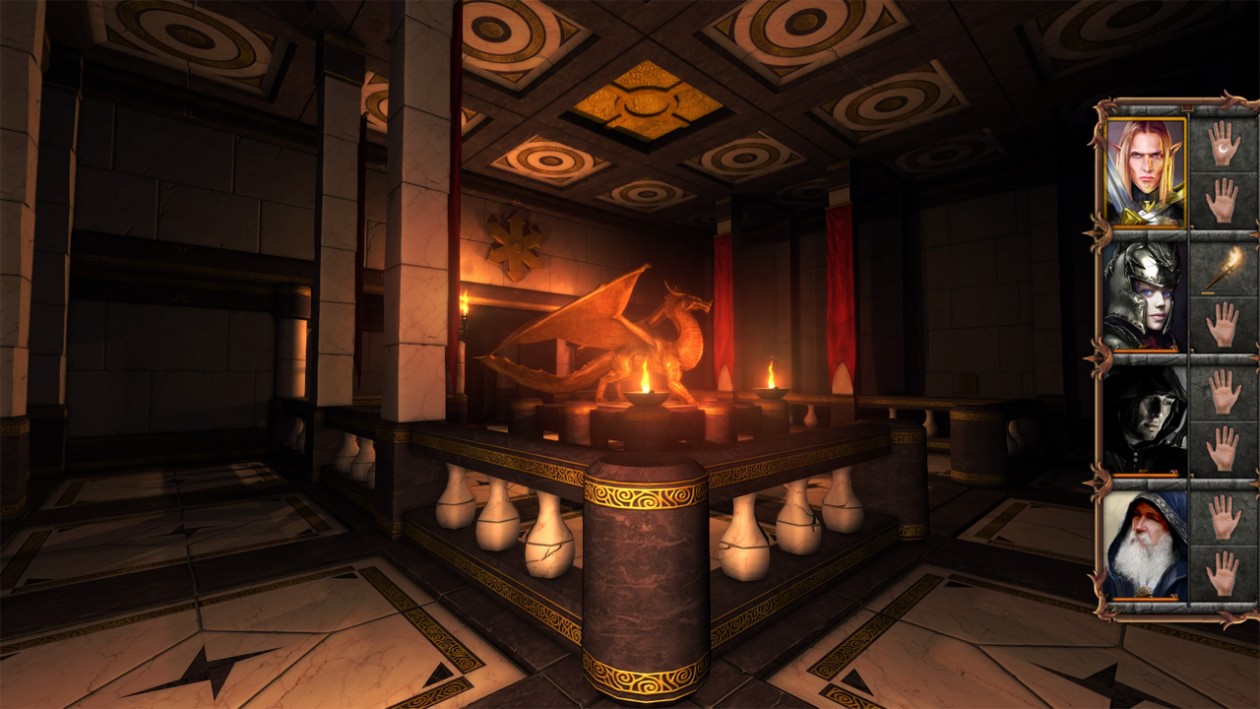 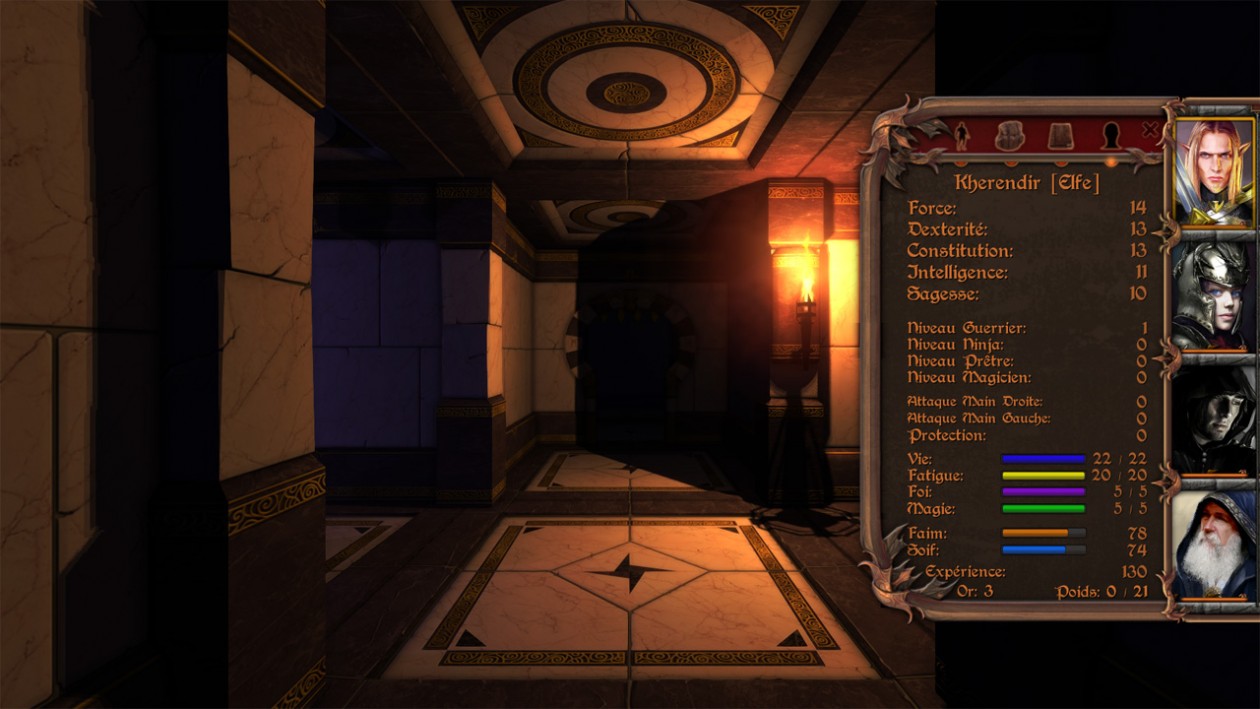 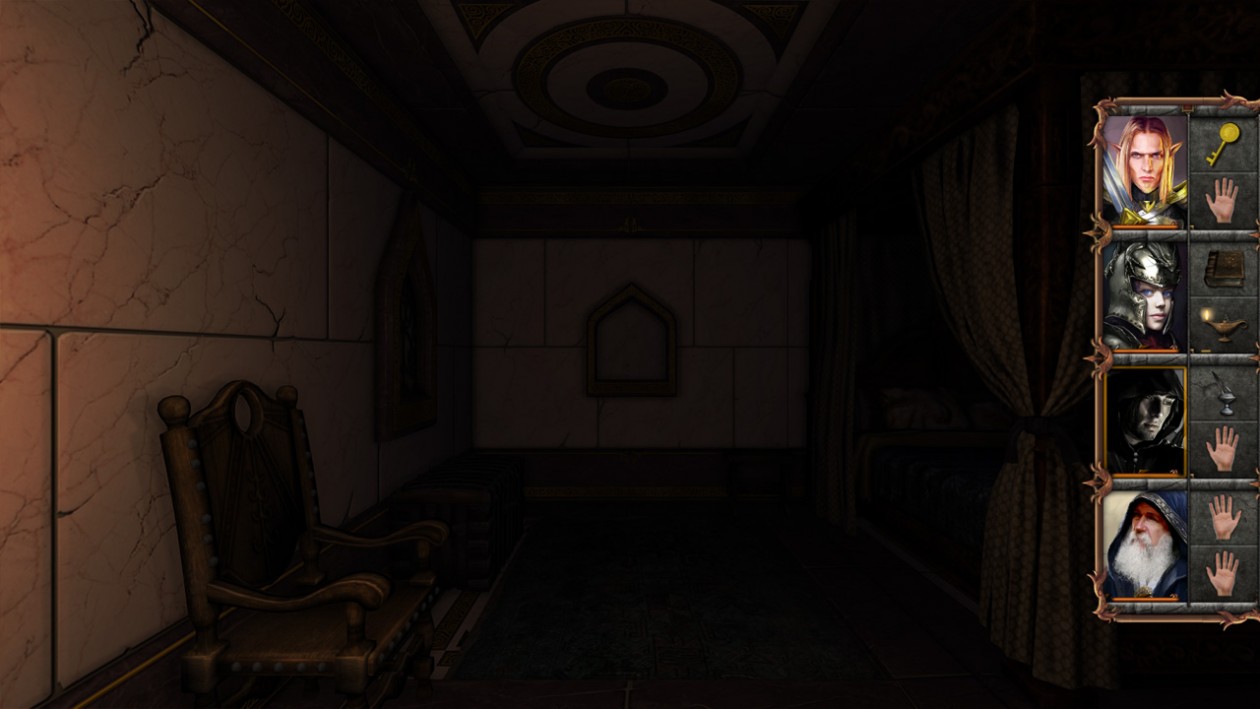 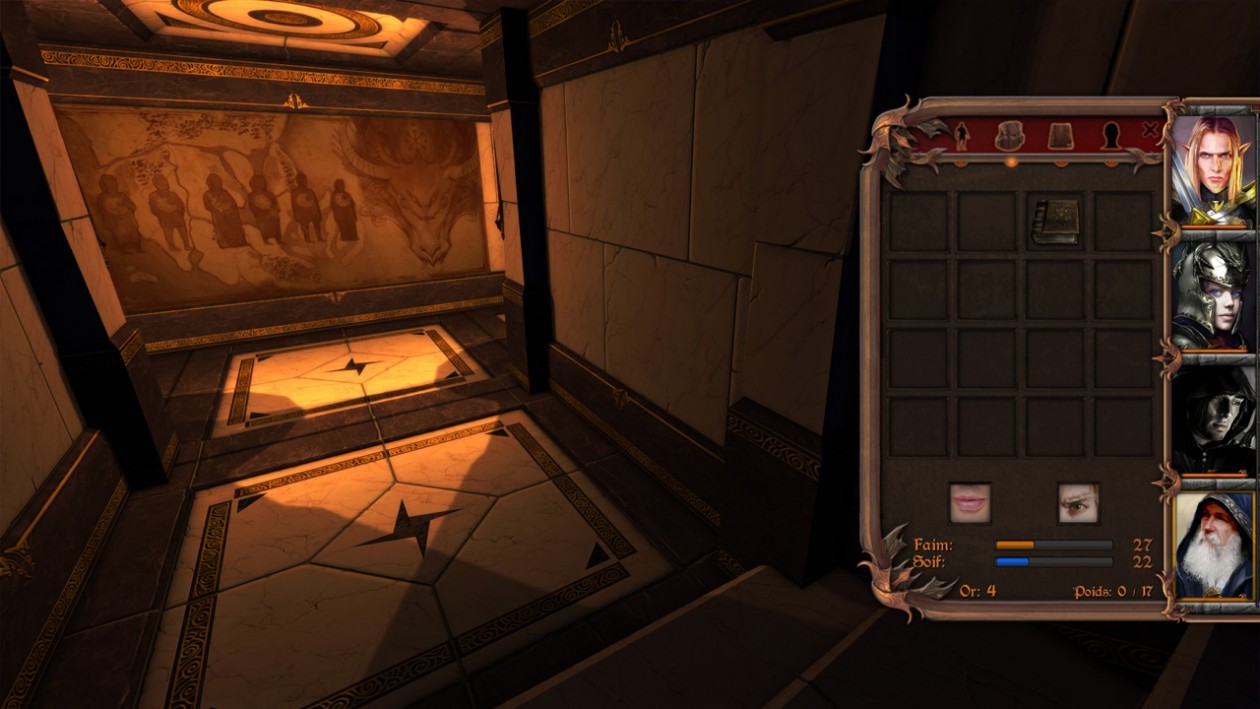 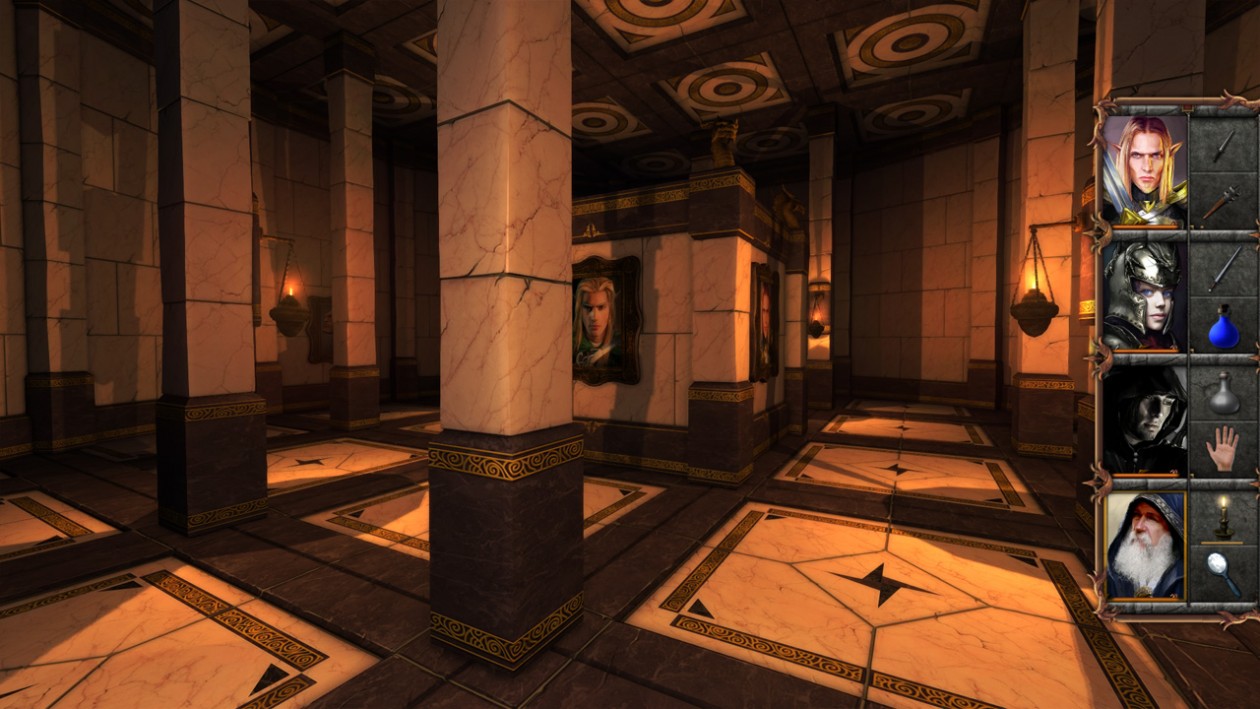 Posted by Admin@kanda on 23 December 2014
Posted in: Non classé. Leave a Comment

We have been very quiet on the official channels for a while. As you will have noticed, we didn’t reach our initial goal. We believe this was m…ainly due to a lack of exposure in mainstream. This meant that we had failed to raise the required amount to work full time on the game and wouldn’t be able to follow our original plan. However, we have found an alternative solution, so not to worry; the game is still on its way!

So, what happens next?

– The perks: most of perks are ready to be sent; we are just waiting to receive the last pieces, and will send everything together.

– We have a partner that will give us a bit more funds, The partner’s name will be announced later.

– Most importantly: We intend to start Early Access in February! We hope you will be able to join us in making Dungeon Kingdom a great game!

So, from all of the Dungeon Kingdom Team, we wish you a Merry Christmas and all the best for 2015! We hope you will soon be able to spend a great amount of time in the corridors of Dungeon Kingdom: Sign of the Moon… and my little finger is whispering to me that Sign of the Moon is not the only story you’ll face in 2015…

Finally, the last word is not a word, but a picture… it’s only rough, just to let you imagine what awaits you in the near future: 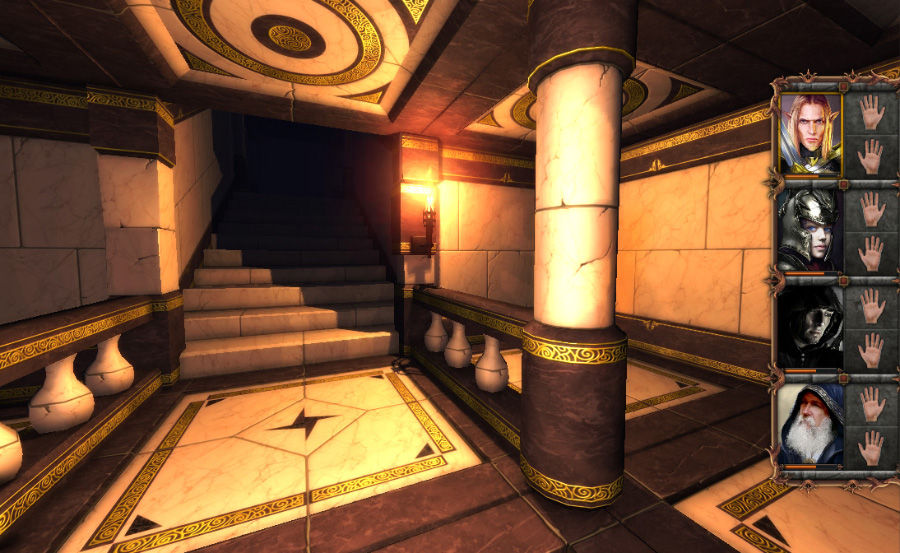 End of Indiegogo Campaign – You can still help us!

Posted by Admin@kanda on 19 October 2014
Posted in: Non classé. Leave a Comment

Thanks to all our supporters on Indiegogo! For the others, you can still help us to fund the game by using the “Make a Donation” button on the right , and of course, you can request the same perks as on the indiegogo campaign.

We are studying all options to raise a bit more funds. Don’t worry for the project, the game will be released anyway! Just a matter of time and content.

Thanks to our awesome community!

Last day of our campaign on Indiegogo!

Posted by Admin@kanda on 18 October 2014
Posted in: Non classé. Leave a Comment

Back DungeonKingdom on indiegogo to get а digital copy at lower price or simply to support our ambitious RPG! Only a few hours remaining! 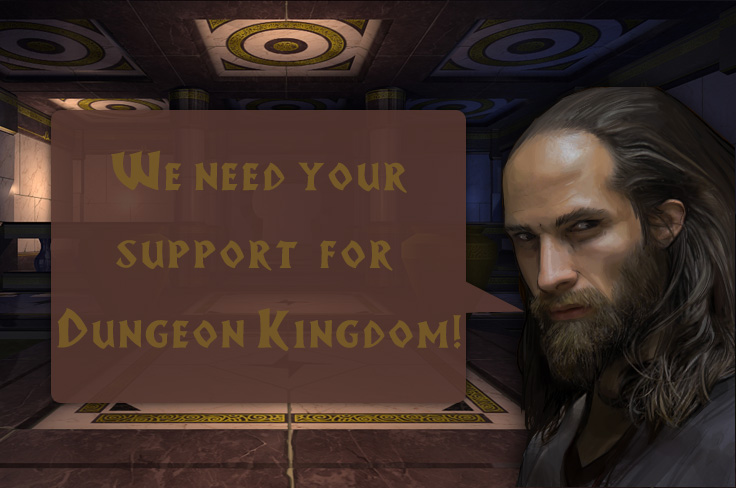