Posted by Admin@kanda on 29 June 2017
Posted in: Non classé. Leave a Comment

Version 0.9.935 is now live. Among some bug fixes and other things, here is a list of improvements:

– City visuals have been improved (especially the cave).
– Temple wall set has been reworked and is now final.
– Many new statuses (more than 10) have been added to characters (such as “poisoned”, “magic shield protection”…) and are displayed on the portraits (like the hunger/overweight/thirst ones were already).
– A lot of new Items, weapons (both some long-range ones and melee kind), new armors and others various items.
– New Spells (Magic Shield is now working and we added other ones).
– The fireball spell was reworked and now looks visually different according to the level of the caster.

But that’s not all, and that’s probably even more awaited: YES, finally, you can now play a NEW Chapter!

Welcome to the Jail !!! Explore a totally new environment with a new level architecture, meet some new creatures, try to unlock 18 new secrets, and try to solve some new kind of puzzles!

Thanks for your patience, and thanks again so much for your bug reports and support, guys! 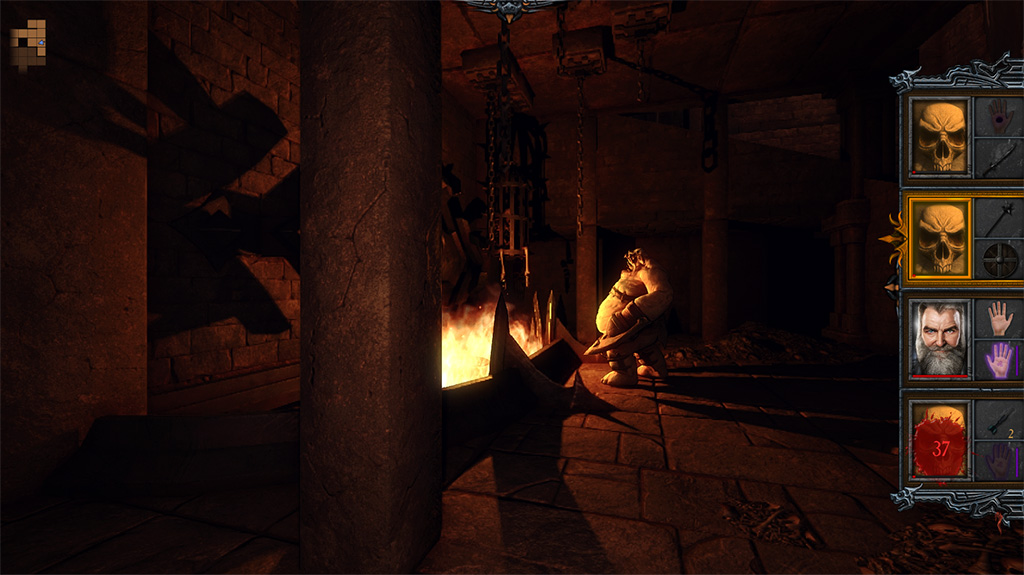